Calvary Day’s Hannah Cail is the Savannah Morning News player of the week.

Hannah Cail burst on the high school basketball scene in Savannah last year — letting opponents know she was going to be tough to deal with for the rest of her prep career.

Cail is shining once again for a Cavaliers team that is off to a 13-2 start and ranked No. 9 in the state among Class A Private teams by Sandysspiel.com.

Last week, the sharp-shooting guard was on top of her game as she scored 17 points in a win over Savannah Country Day, with 21 points in a loss to Beach and 16 points with 10 assists and eight rebounds in a victory over Savannah Christian.

Cail is the Savannah Morning News Girls Basketball Player of the Week. 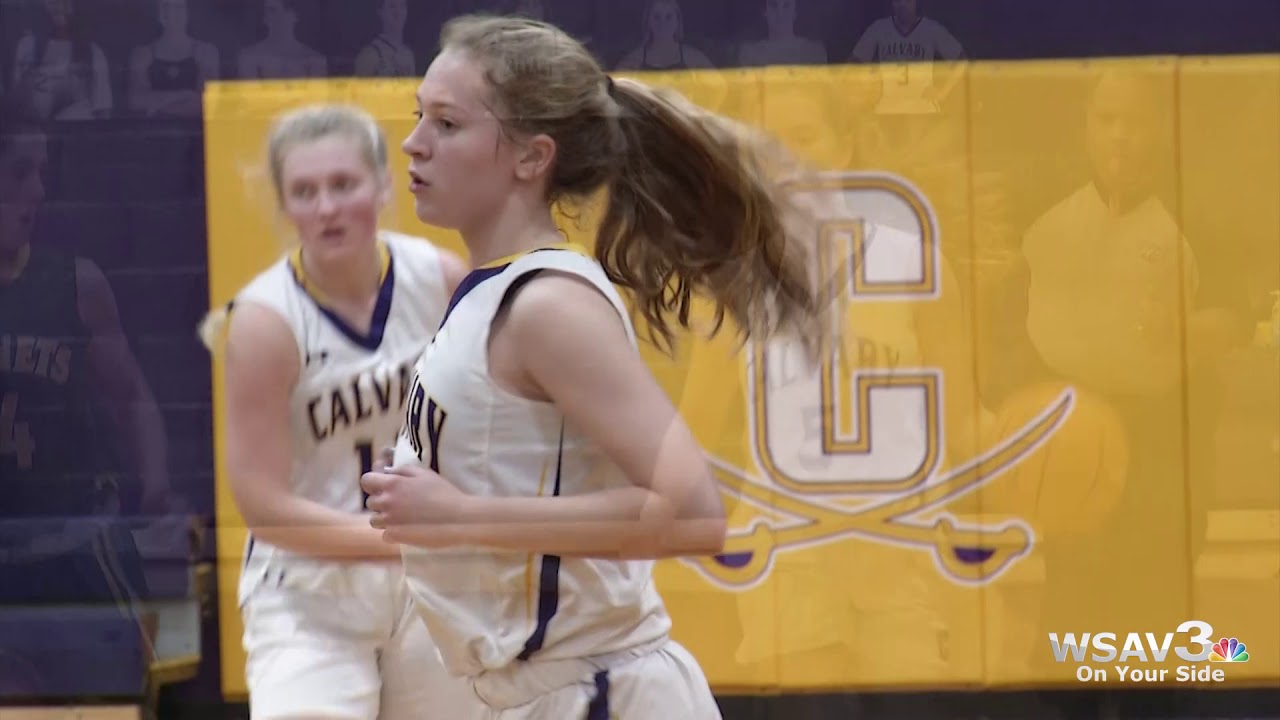 “Hannah is having another great year,” Calvary Day coach Jackie Hamilton said. “She’s a lot more confident in her jump shot, and she’s not hesitating to take it when she has a good look. And she is a little bit bigger and stronger this year, which has helped her improve with her defense.”

Cail was the starting quarterback for the Calvary Day girls flag football team that won a state title in the GHSA’s inaugural season of the sport.

Hamilton said Cail has a quiet confidence and is a leader by the example she sets on the court.

The Cavaliers have been playing well with Cail, Mahkayla Premo, Nevaeh Hamilton and Tynley Smeltzer leading the way.

“We’re pretty guard heavy, with Tynley giving us an inside presence,” Hamilton said. “We’re going to live and die by that outside shot, and if we’re halfway consistent there, we usually have a good night.”

— Faith Bullied scored 10 points and Mallory Robinett had 9 to lead Savannah Christian to a 48-31 win over Effingham County on Saturday.

— Abby Nicholson had 19 points to lead Savannah Country Day to a 31-27 win over Islands on Friday. Elizabeth Sierzant led the Sharks with 10 points.

— Hannah Cail scored 17 points and Mahkayla Premo added 15 to lead Calvary Day to a 53-38 win over Savannah Country Day on Tuesday. Abby Nicholson led the Hornets with 16 and Amelia Wylly had 12.

— Premo had 22 points and seven rebounds and Cail had 16 points with 10 assists and eight rebounds as Calvary beat Savannah Christian 77-29 on Friday. Cayden Fleming added 15 points for the Cavs, who improved to 14-1.

— Amani Hamilton led Johnson with 29 points and K’Lya Hankerson had 18 to lead Johnson to a 73-34 win over Windsor Forest on Tuesday.